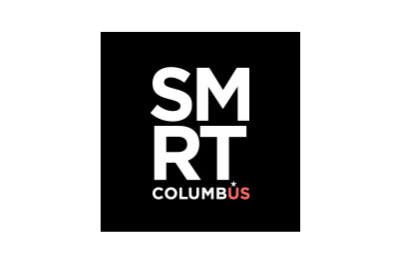 Can't Stop Columbus is a community-wide movement that addresses problems that have arisen due to the COVID-19 crisis. Activating our city's talents and passions, we're putting bold ideas into action to deliver real solutions that unite our community.

We envision a city that not only survives the challenges created by this global pandemic, but emerges stronger and more resilient. Stronger because the solutions delivered by Can’t Stop Columbus have made a difference in the lives of those most impacted by COVID-19. More resilient because CSC has created a model for a more targeted and efficient approach to delivering solutions to our community’s most urgent needs by tapping into our city’s deep pool of talented, highly-skilled and community-minded professionals.

When we stand united, you Can't Stop Columbus!

As the sole winner of the U.S. Department of Transportation’s (USDOT) Smart Cities Challenge, Columbus was awarded more than funding and designation as America’s Smart City; but more importantly the coveted job of a global teacher for cities around the world on how to “become Smart” by embracing the reinvention of transportation to accelerate human progress.

Columbus received a total of $50 million in the form of two grants, $40 million from USDOT and $10 million from Vulcan, Inc., a Paul Allen company. These dollars provide the seed funding for Smart Columbus, a region-wide Smart City initiative co-led by the City of Columbus and Columbus Partnership. The City of Columbus, under the leadership of Mayor Andrew J. Ginther, is the lead recipient of the $50 million and will administer the deployment of these funds for the duration of the grant period, which concludes at the end of 2020.

The Columbus Partnership, representing the Columbus Region’s private sector, is the lead implementation partner for the grant program and is responsible for the initiative’s Acceleration Fund, which is credited as a significant factor in Columbus’ winning of the challenge. The Acceleration Fund, which started out as $90 million now totals more than $360 million and is composed of coordinated and aligned investments by the private and public sector to compliment, scale, and sustain Smart Columbus projects and programs.

CIO Tomorrow returns in 2020 as a Virtual Conference, exploring the challenges / opportunities in navigating the transformational landscape of business digitalization.

Don't miss this opportunity to jumpstart your IT game as the region's top technology movers, shakers and influencers connect for a day of impact-driven and insightful thought-leadership presentations.

Next-Level
Thought-Leadership
for a Digital World

Join us Thursday, August 27 at CIO Tomorrow, Columbus' premier virtual technology conference that connects you with innovative ideas, concepts and strategies and gives you access to Ohio's uber-smart pool of energized and experienced individuals / companies.